When you get into London you can easily end up paying extortionate rent for a studio flat which is so small that the only way to get into the wall-mounted bed is to stand on top of the fridge and climb up a ladder. Quite easily, you can get a feeling that there isn't enough space in London. 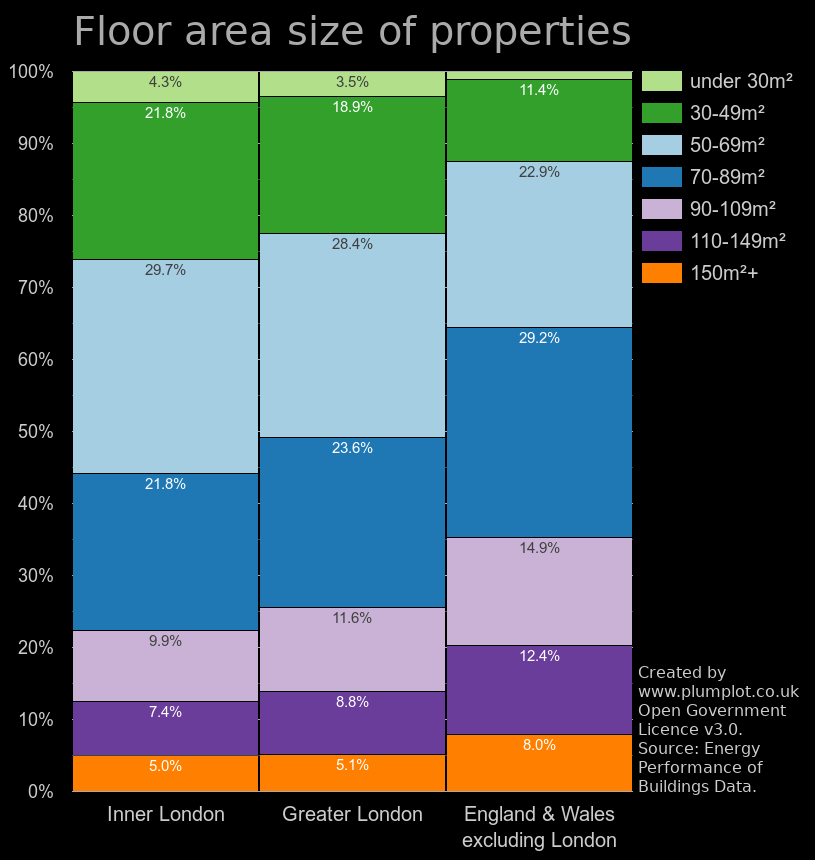 In London, half of the homes - 50.8% have floor area size smaller than 70m² (55.8% in Inner London). In the rest of the country, it’s only 35.5%. The property price per meter in London is the highest in the UK and the same is true for a population density. This may suggest that homes are rather smaller than elsewhere. But this is tricky.

In London, over half of properties are flats while in the rest of the country it’s the other way round. We are comparing apples and oranges. If we take only flats we get a different picture. 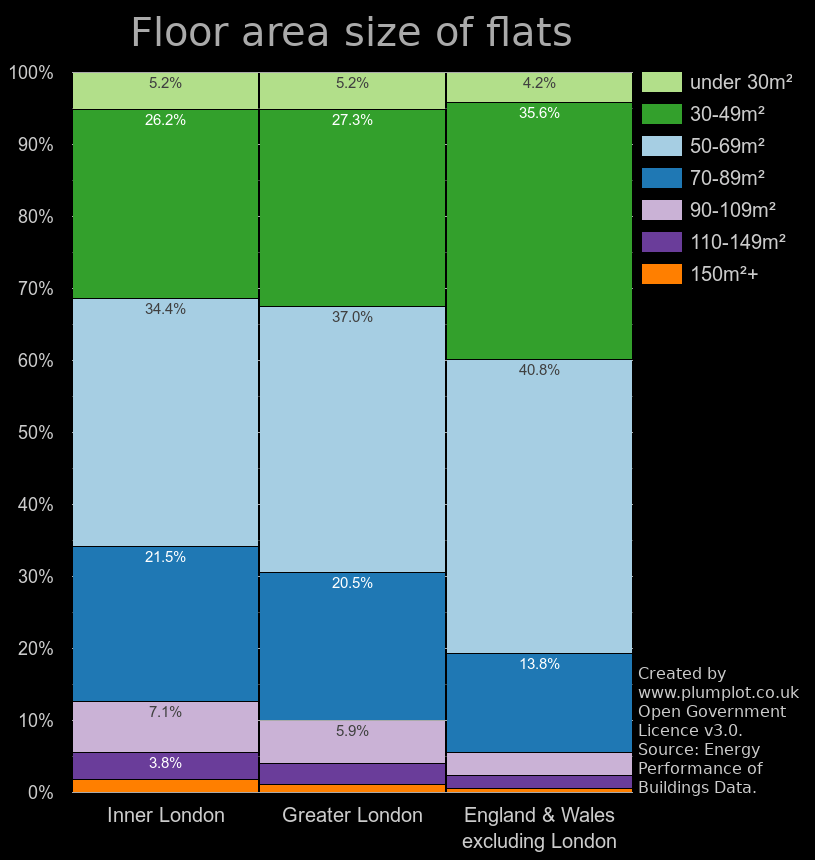 Similarly, houses in London are quite bigger:

On average, London's home size is smaller than elsewhere. However, it may be a bit surprising the situation is opposite when we compare home size by type.