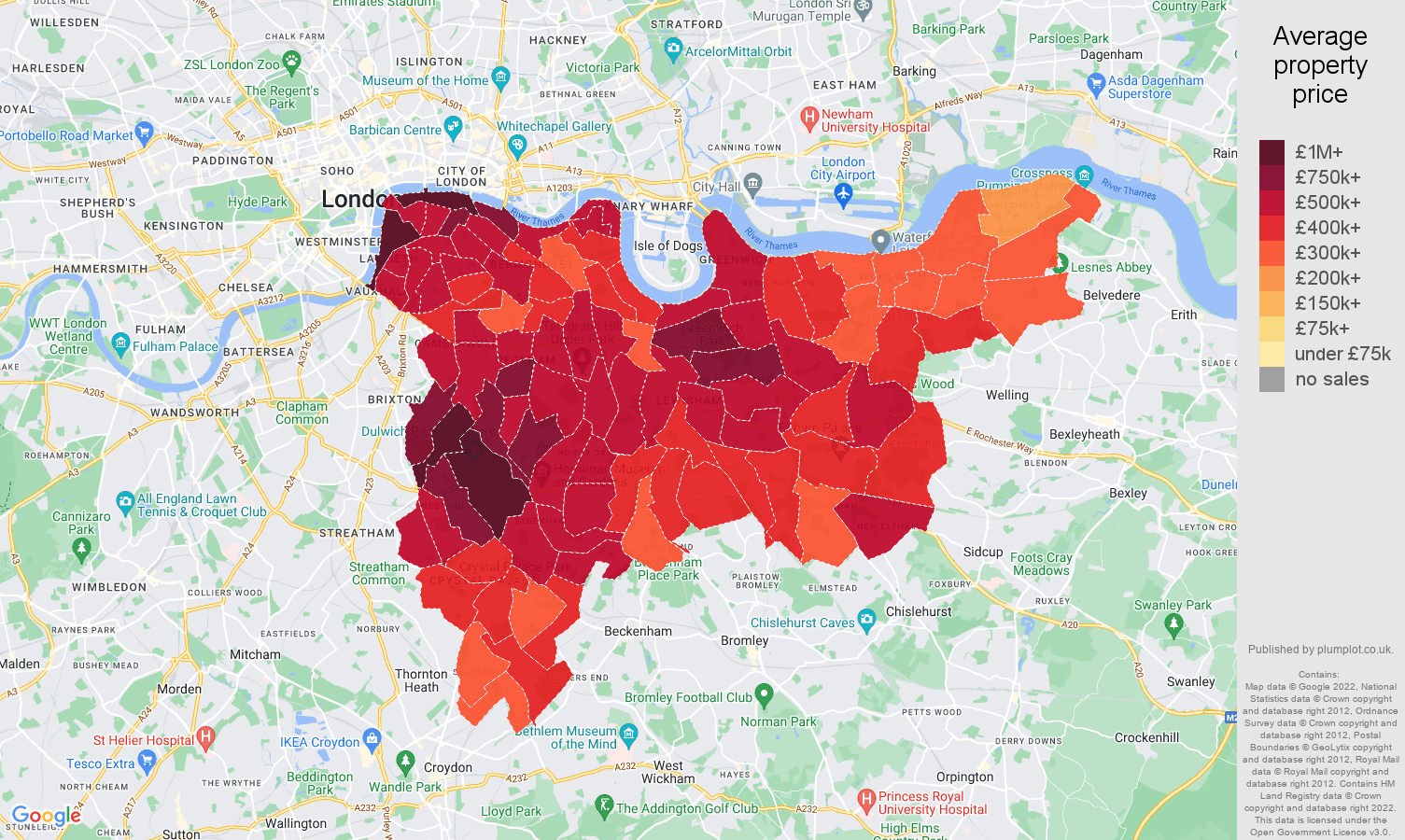 With the average price of £555k, South East London is the 12. most pricey postcode area out of 105 England and Wales' postcode areas. 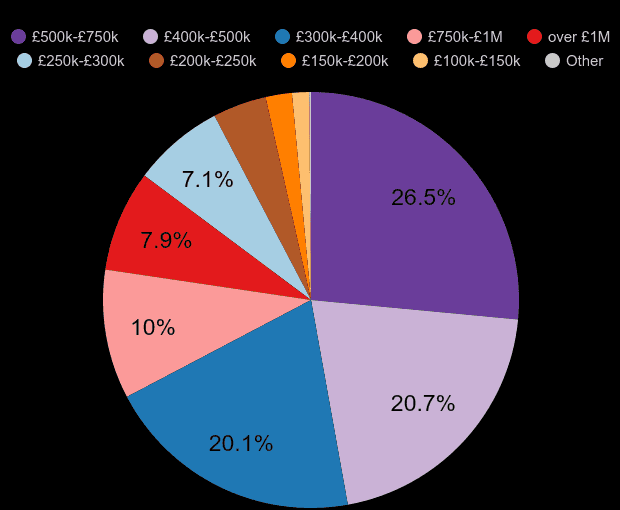 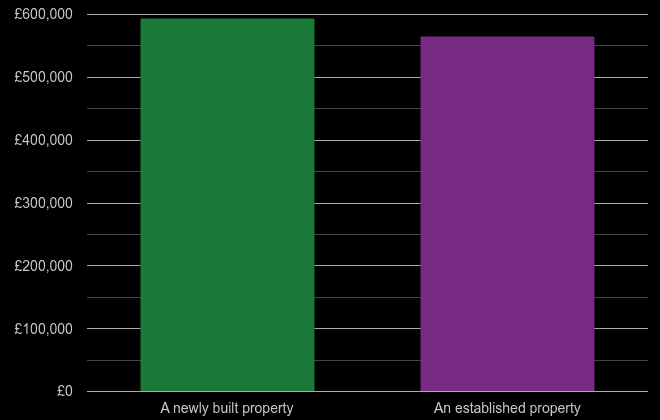 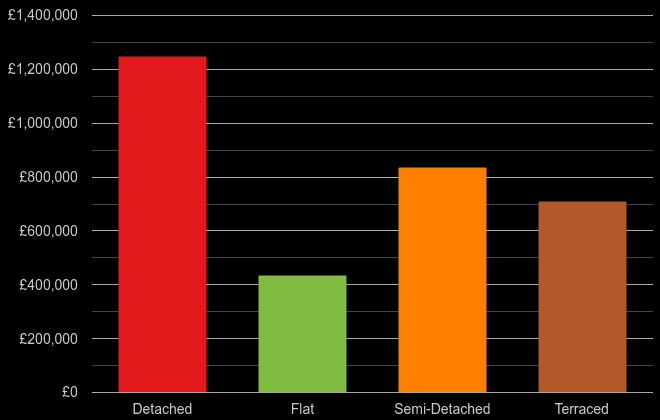 The median property price to median earnings ratio is ranging between 12.7 in Greenwich and 14.5 in Lambeth. Ie. Greenwich resident with middle-income needs 12.7 gross annual salaries to buy a medium-priced property. Resident in Lambeth needs 14.5 annual salaries. The England and Wales ratio was 7.7 in 2019.