The oldest and youngest areas of England

In 2002, the average age in England and Wales was 38.8. In 2016, it was 39.9. The change can be seen on the maps below. There are 7,201 areas on each map. These areas are called MSOA, or Middle Layer Super Output Area. They were designed to improve the reporting of small area statistics and they were used in Census reports. 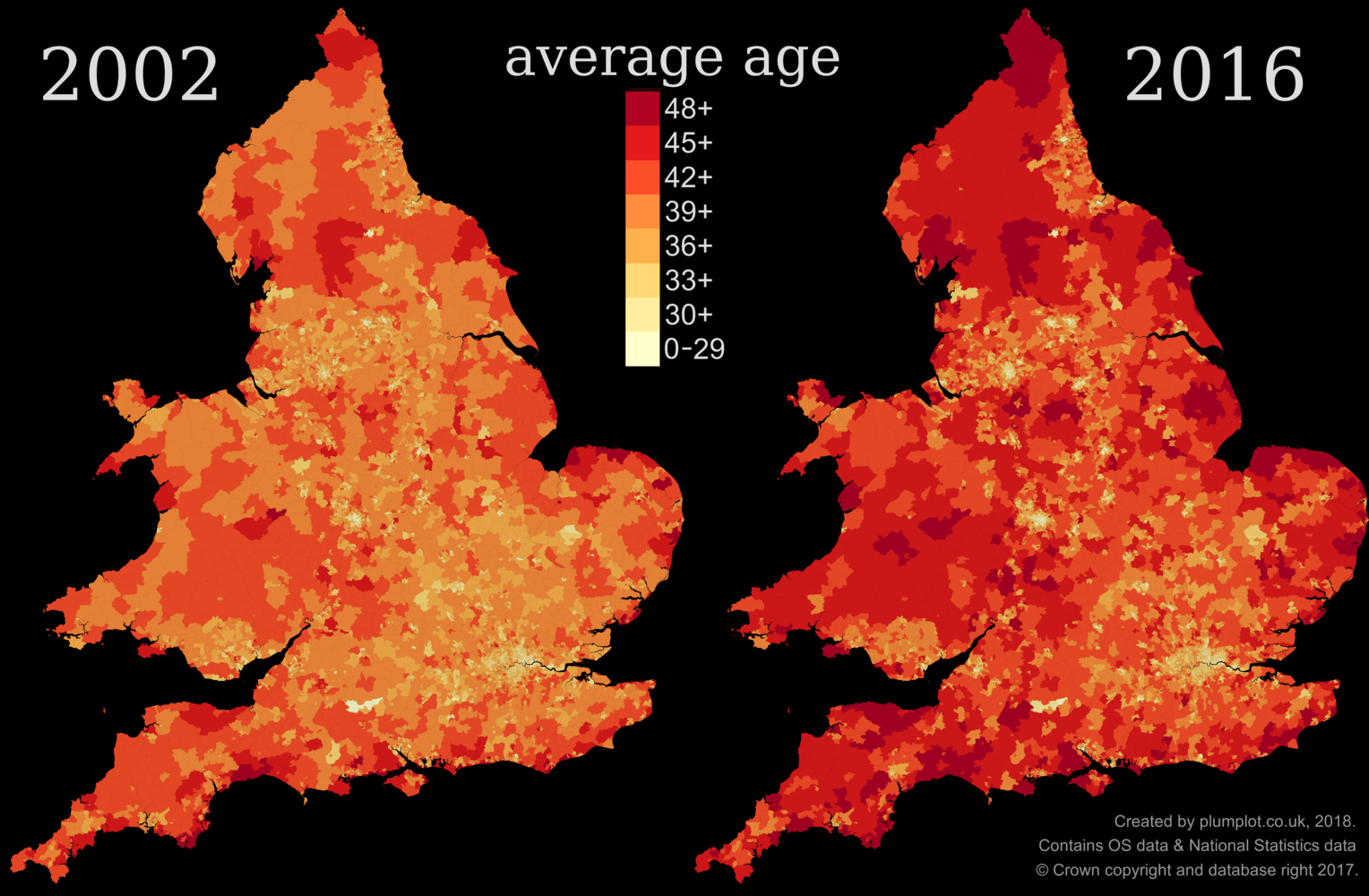 When we highlight areas with the average age below 35, there is no significant change between 2002 and 2016. Most areas were located mostly in cities - London, Birmingham, Manchester, Leeds, Bradford, Bristol, Leicester, Sheffield, Nottingham, Cardiff and some others. 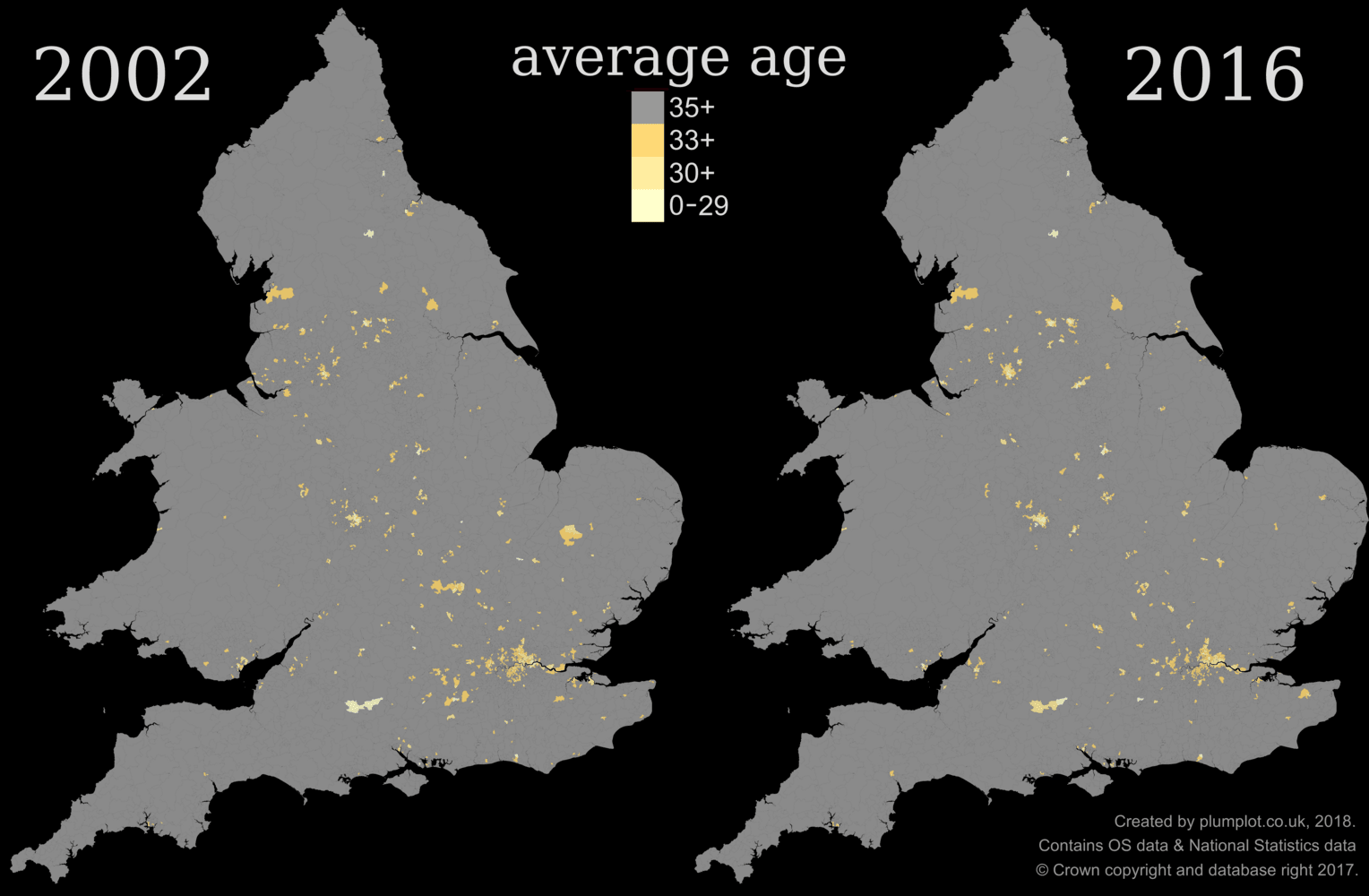 Top 7 areas with the lowest average age in 2016

Average age 45 and over 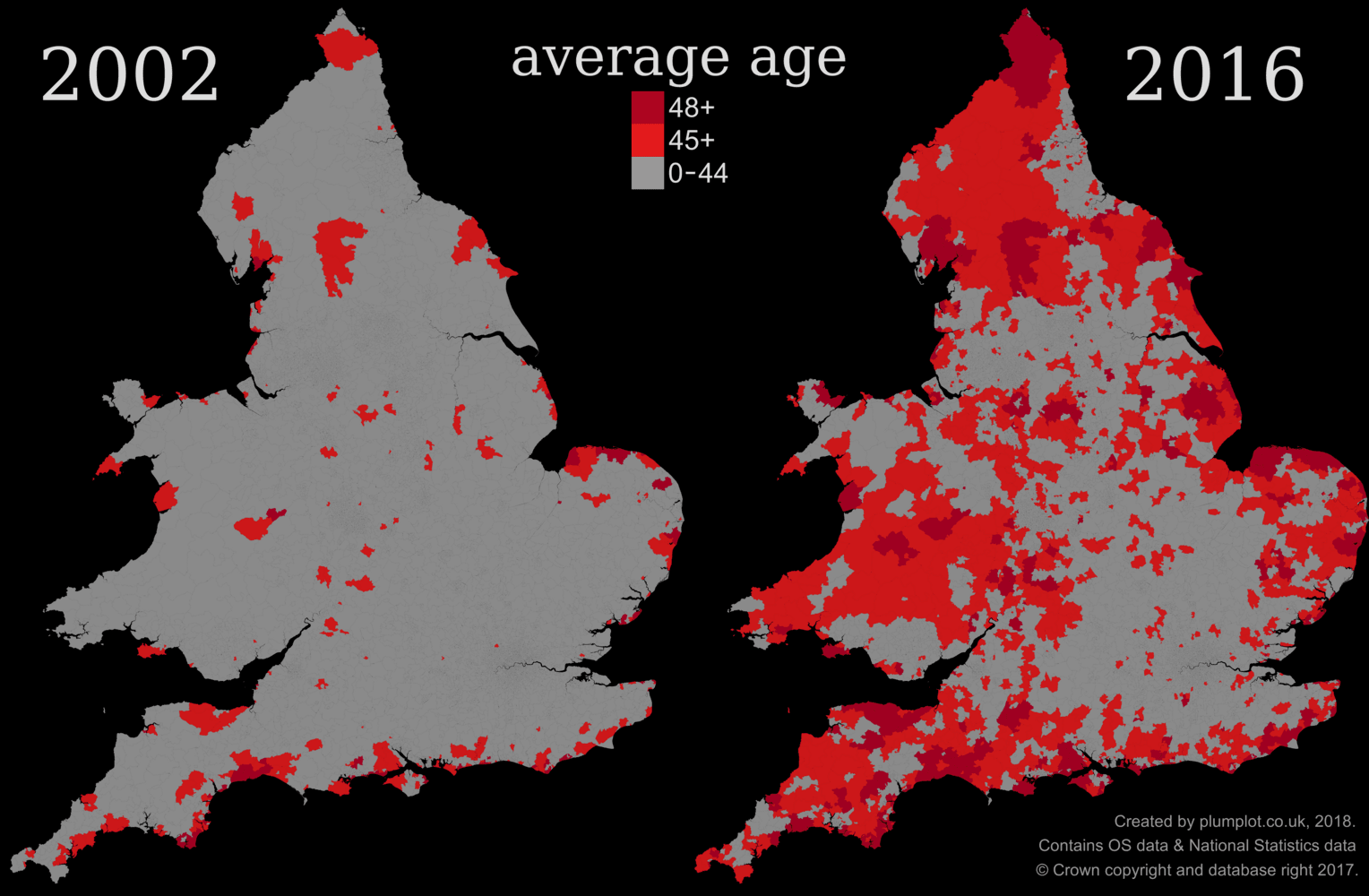 Top 7 areas with the highest average age in 2016

Improved healthcare and lifestyles is the main reason for the increase in life expectancy. The growth in population is not only due to migration and natural changes (births has been outnumbering deaths in the UK since 1955, except 1976) but also partly because the population is ageing.

According to the UK Office for National Statistics, the percentage of the UK population that is 65 years or older is projected to continue to grow to nearly a quarter of the population by 2045. One-third of babies born in 2013 in the UK are expected to live to 100.