Statistically speaking, Manchester's city centre is THE place to be

Living AND working in the city centre? In the north-west, it may not be an unfulfilled dream anymore. The central districts of northern regional cities, as well as the immediate areas surrounding them, experienced a rapid population growth in the last two decades. And it’s Manchester which has the fastest growing city centre of all of them.

The Centre for Cities independent thinktank rates Manchester number one in population growth and jobs growth in the city centre from 2002 to 2015. The results of this report state Manchester’s population growth in this period was 149% and its jobs growth 84%. This urban renaissance is providing plenty of job opportunities and residential space for people living in and around the growing city and strives to shake off the poor reputation of the north. The city centres in the area are becoming increasingly vibrant and attractive to work and live in. 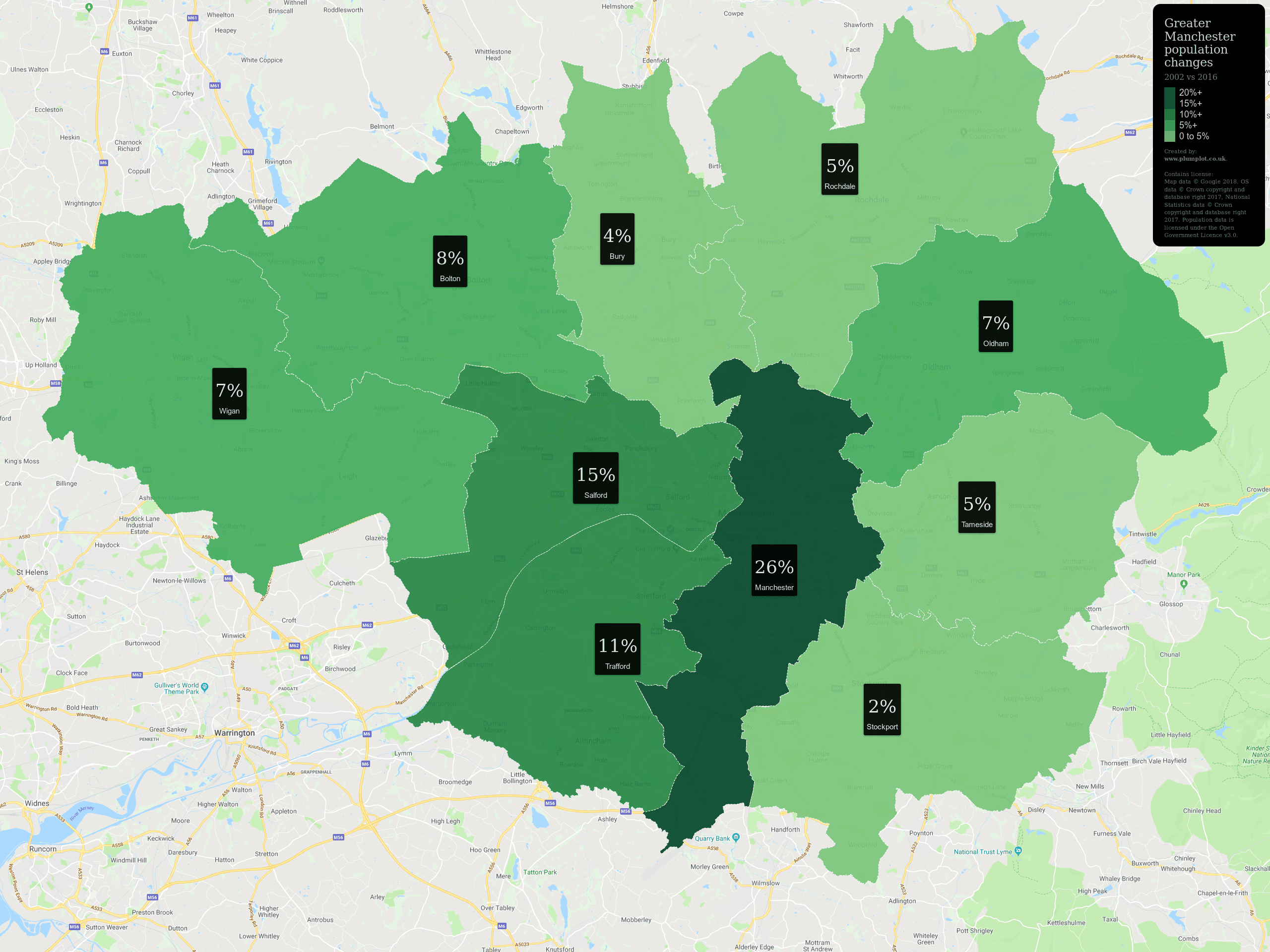 The metropolitan borough itself grew by 26%, far exceeding the other neighbouring districts, but the overall population growth is also noteworthy. The population of Greater Manchester grew by 10.3% or by 259k in 14 years - from 2.52 million in 2002 to 2.78 million in 2016.

When we use smaller geographical units on the map, Bolton, Bury, Rochdale, Wigan, Manchester show the highest population growth. Notably, the area enclosed by the Manchester Salford inner relief route more than doubled its population since the beginning of this millennium (the highest growth is represented by dark green colour): 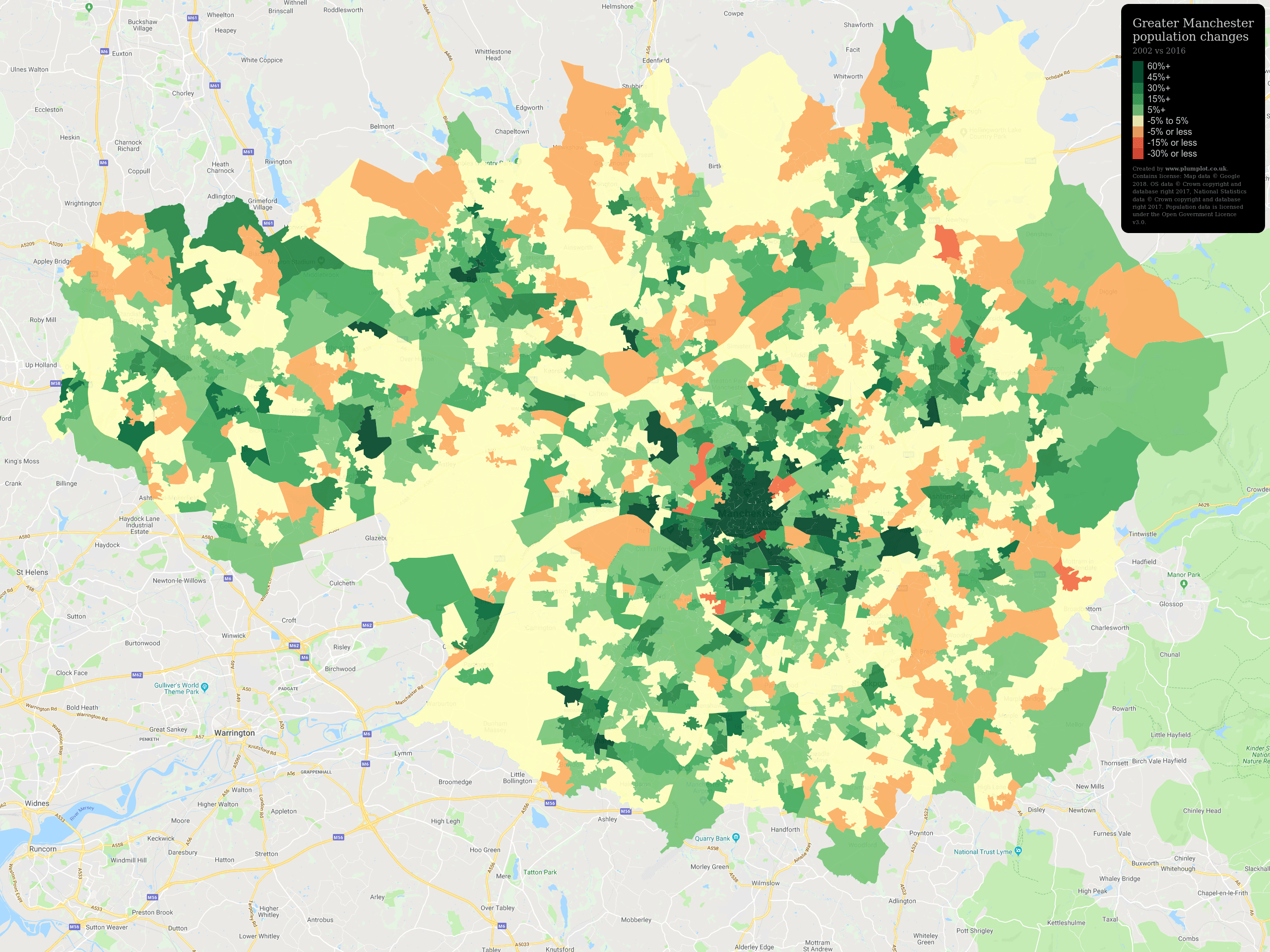 It can be also seen, the rural areas are much more likely to experience population decline rather than growth or they tend to keep their population numbers steady.

Of course, the north-south divide is not going to crumble that easily. The economic gap is expanding, and London surges ahead of the other regions. But Manchester has the potential to be one of the fastest growing and strongest performing cities in Britain, as its predicted economic growth of 2.4% every year until 2020 is high even compared to London’s.

There is a drawback of Manchester’s residential growth though. Property prices are rising as the city prioritises the residential development over commercial space development in the centre, warns The Centre for Cities thinktank. They suggest that more emphasis on building commercial and office spaces should be employed to balance the number of commercial and private in the city centre and subsequently further support Manchester’s growth.

Nevertheless, Manchester city centre and its neighbouring districts are now experiencing rapid growth of job and residential opportunities. And when clever decisions are made regarding the city planning, Manchester is well on its way for the “strongest performing city” title in the next 10 years as well.