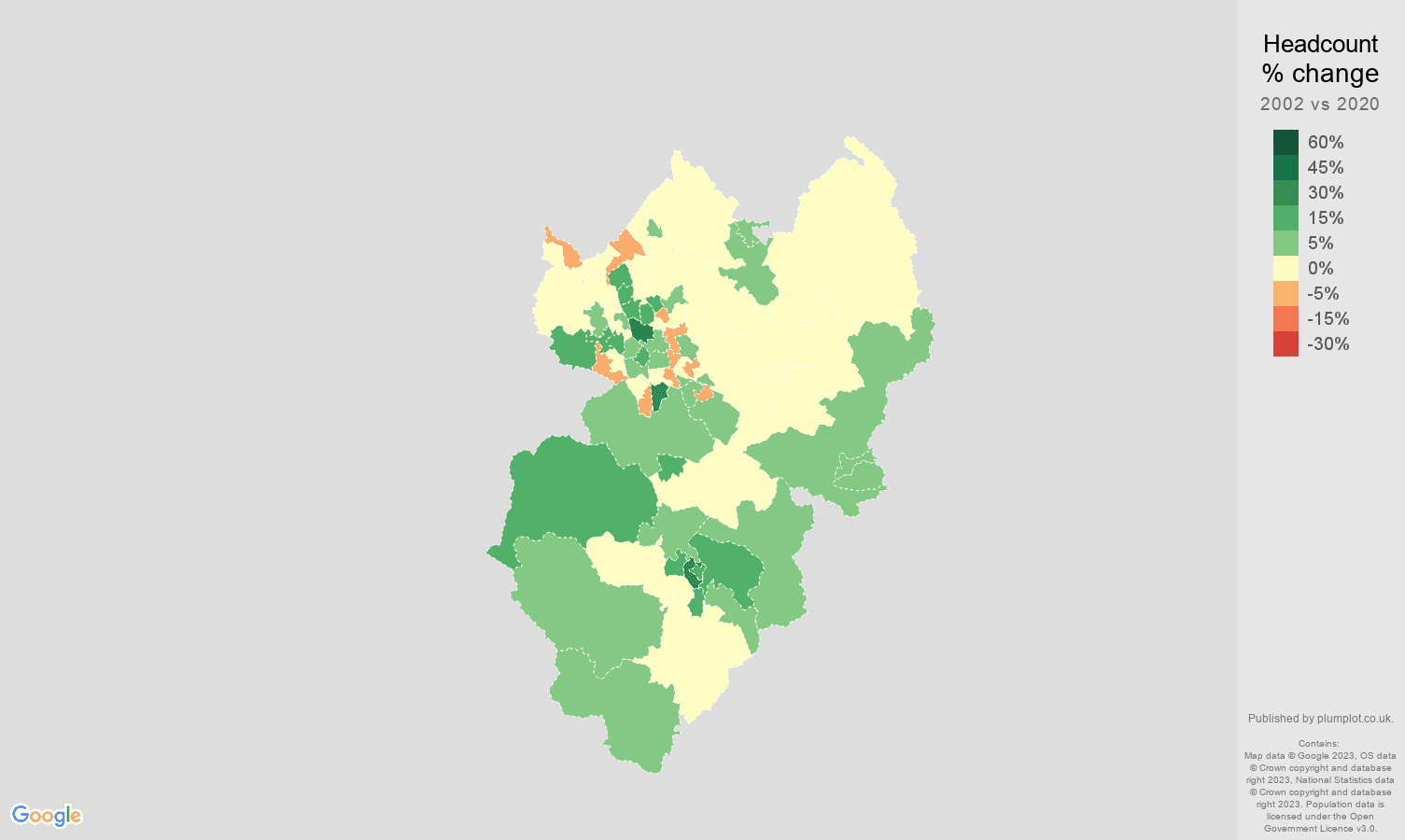 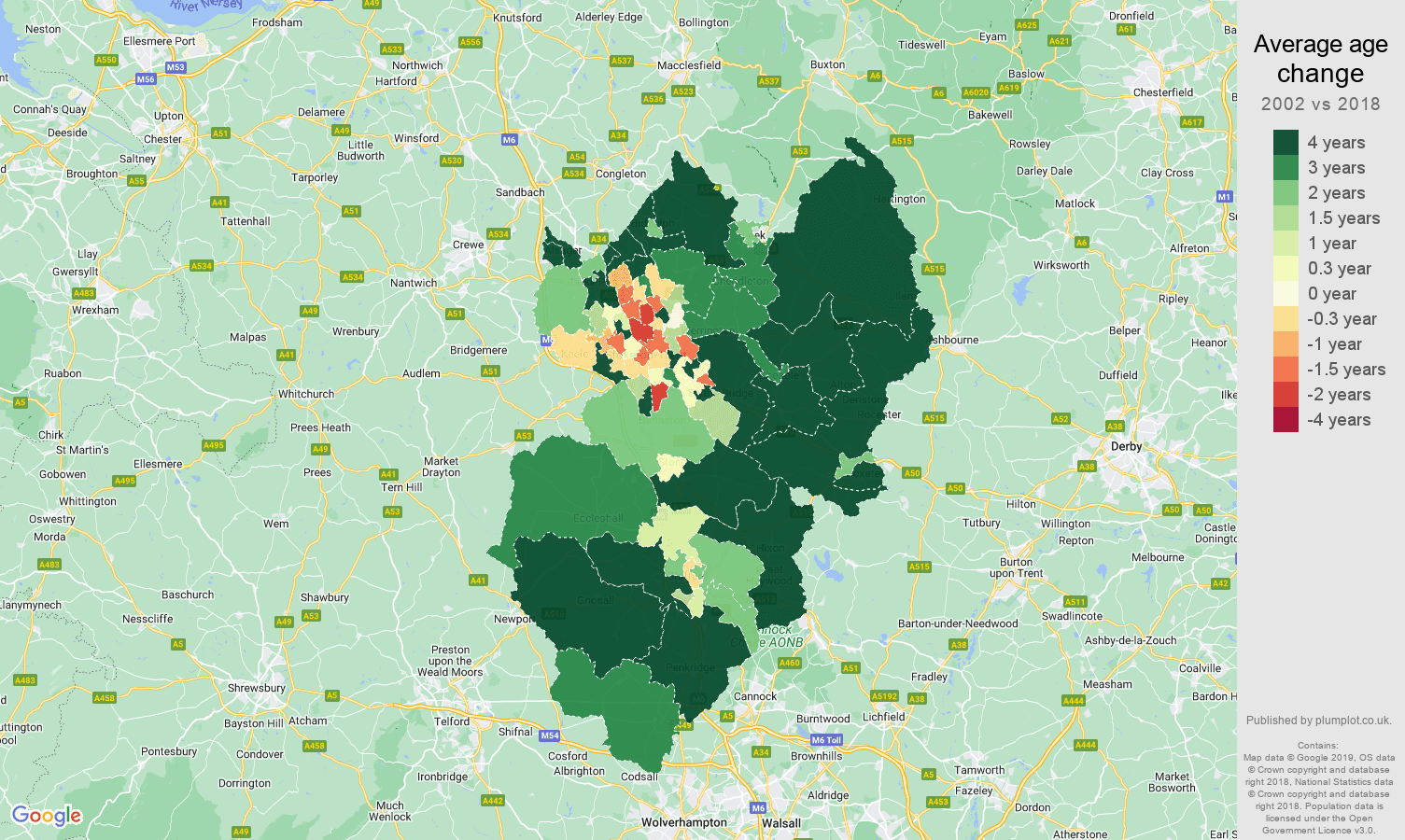 Stoke on Trent population changes compared to other areas