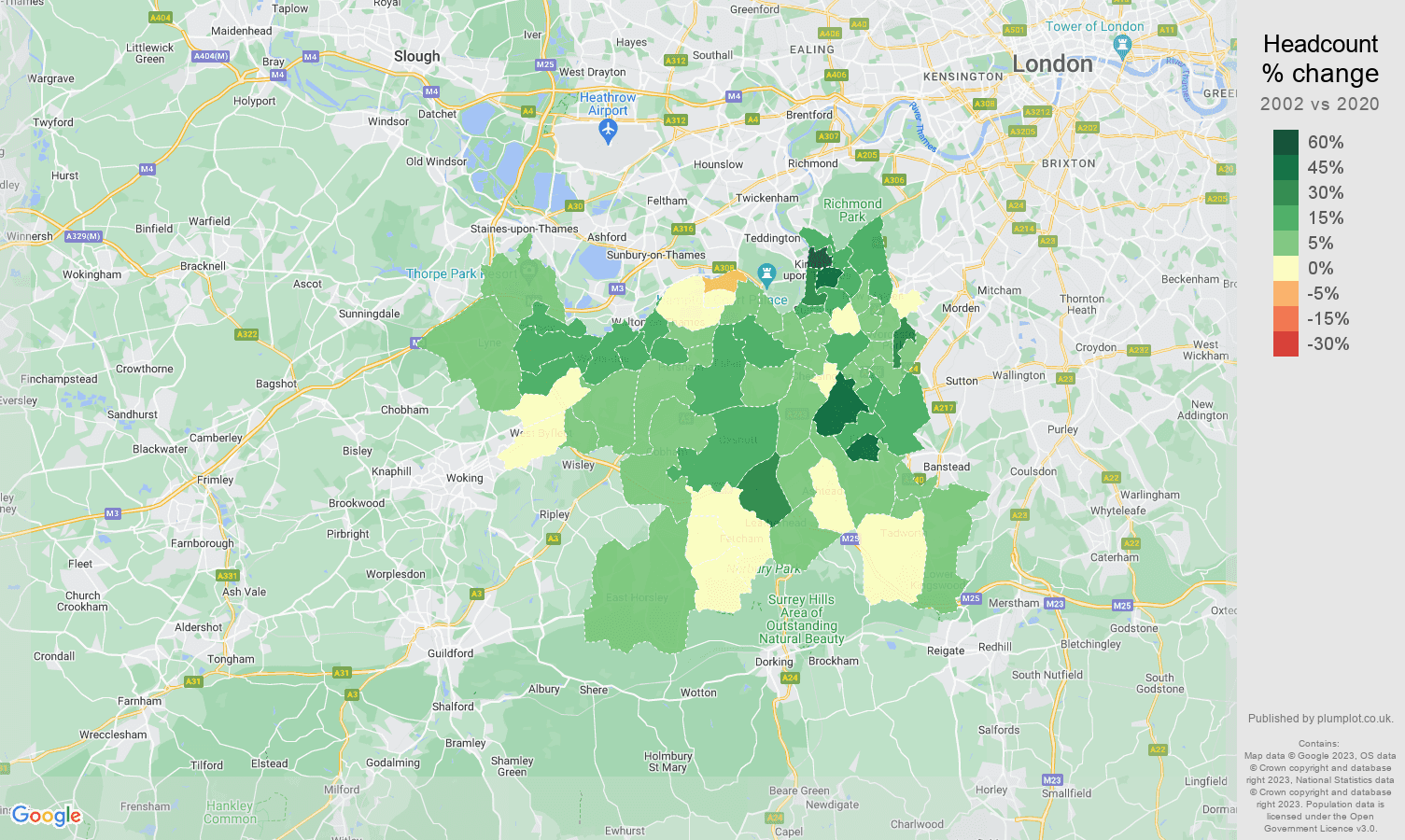 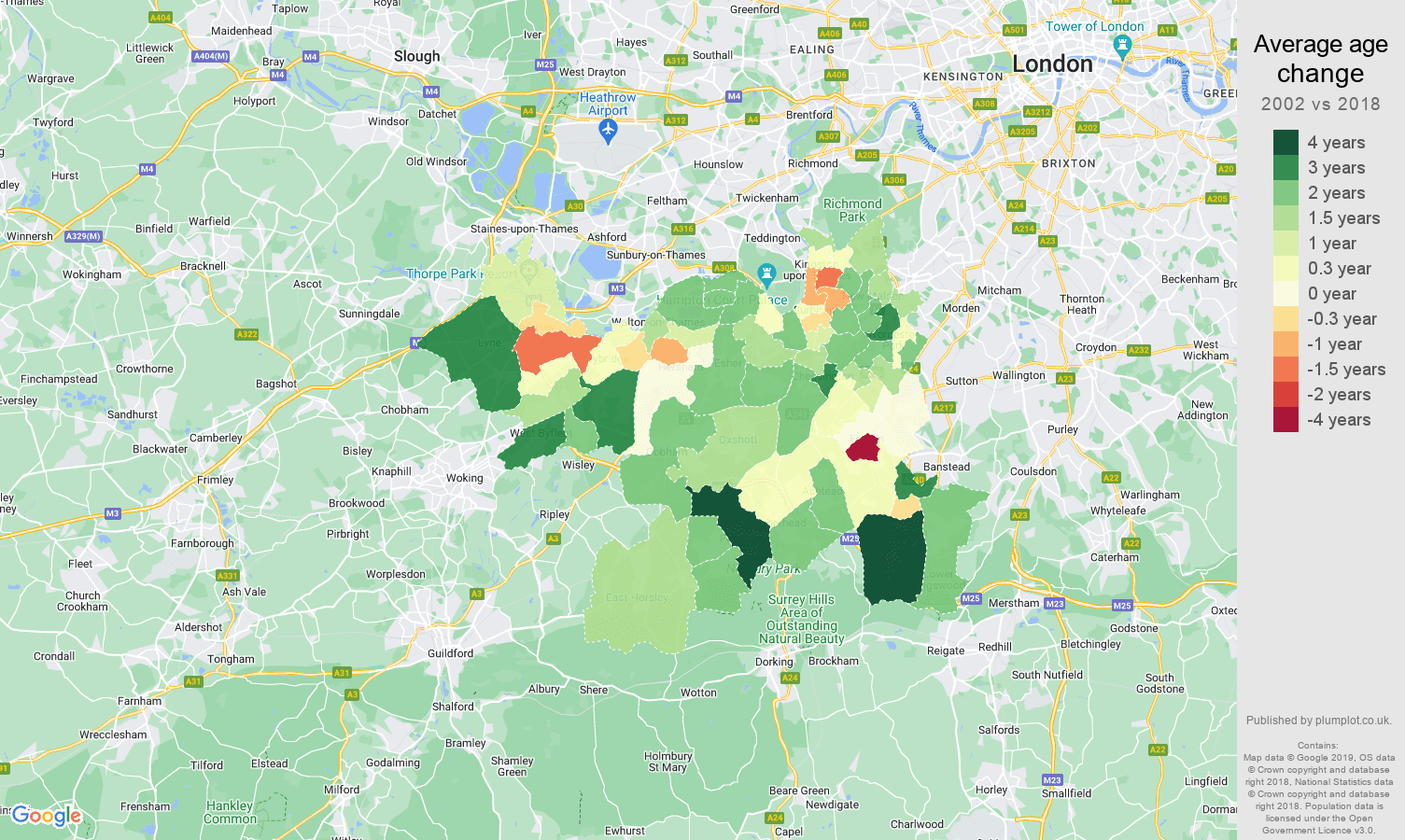 Kingston upon Thames population changes compared to other areas