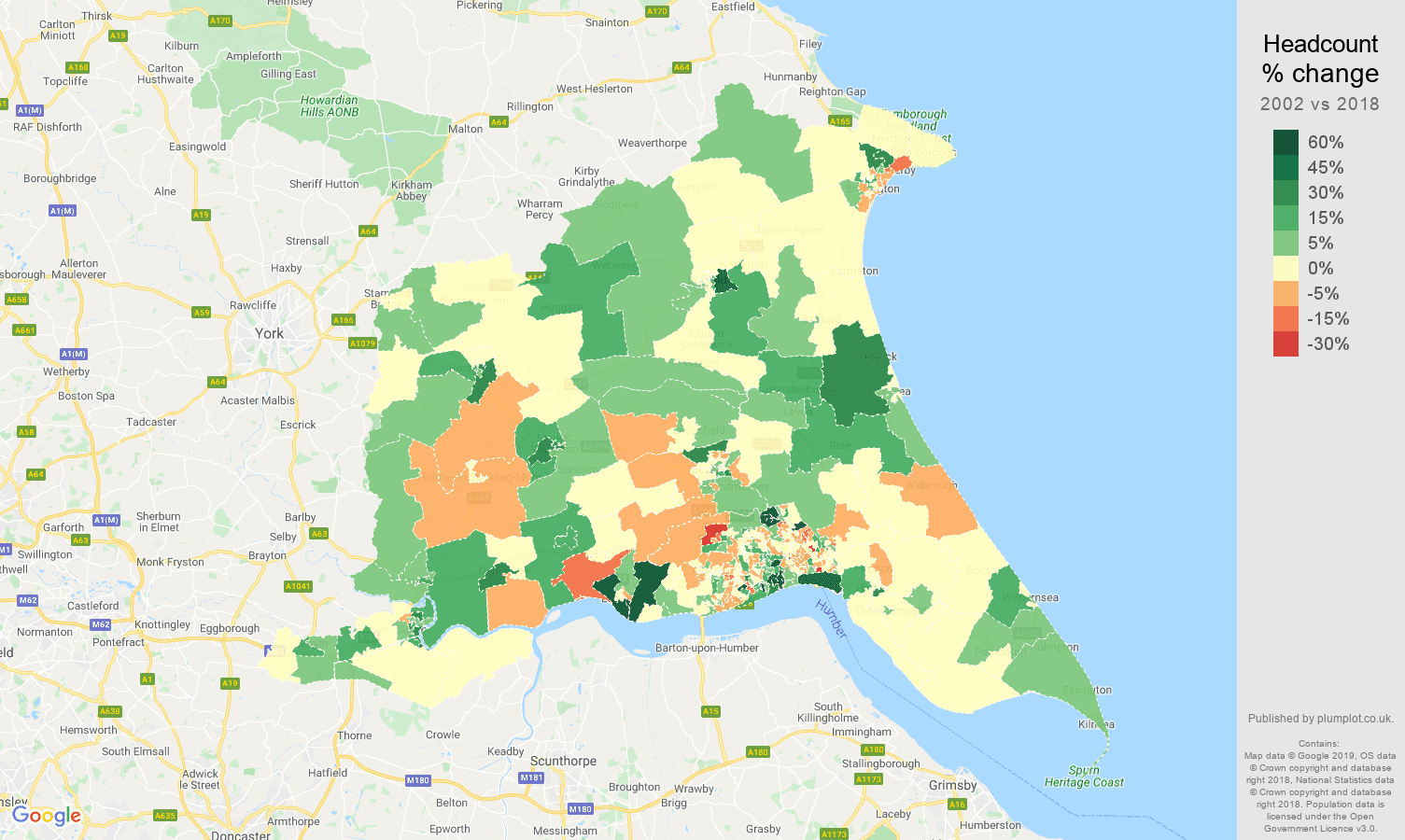 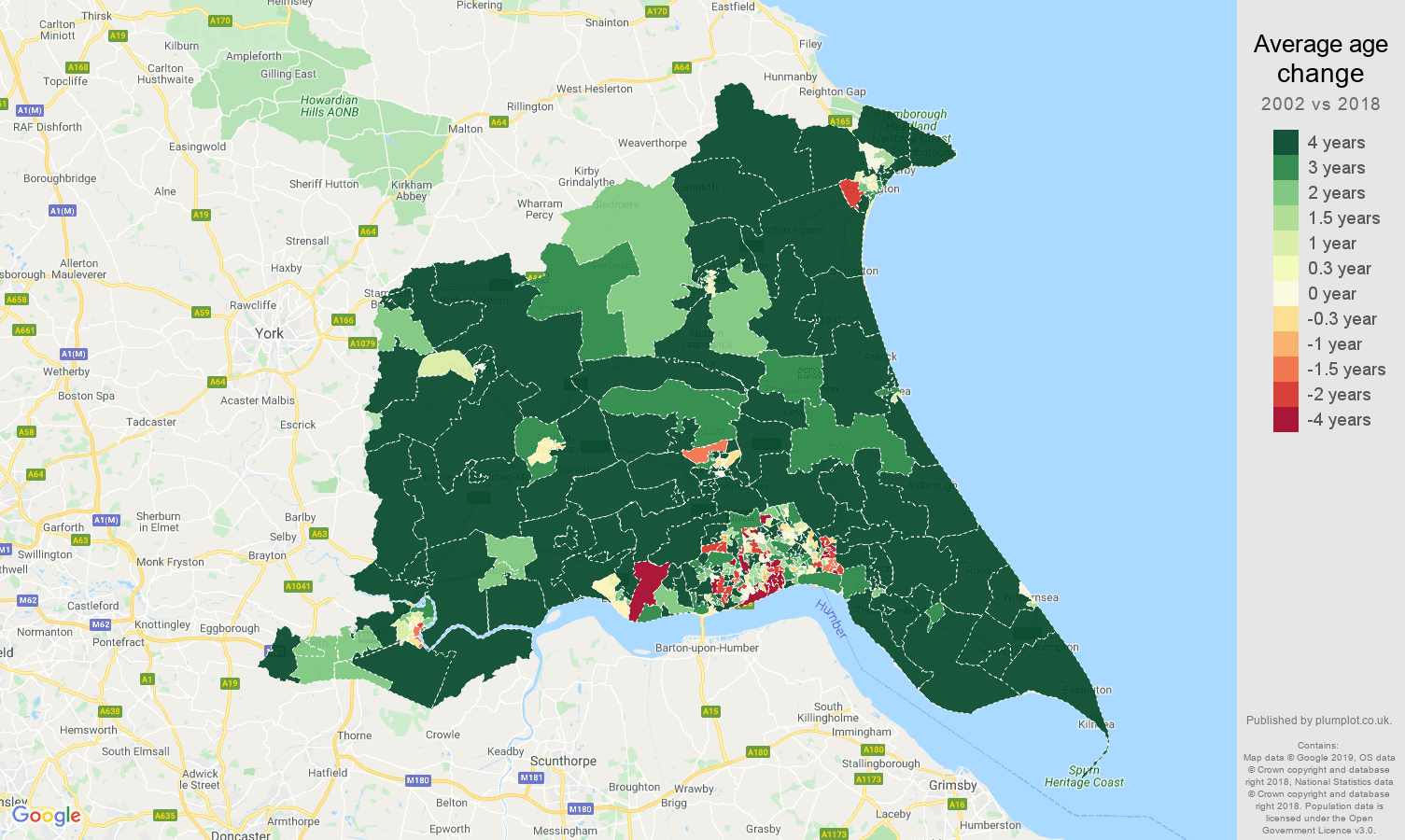 East Riding of Yorkshire population changes compared to other counties